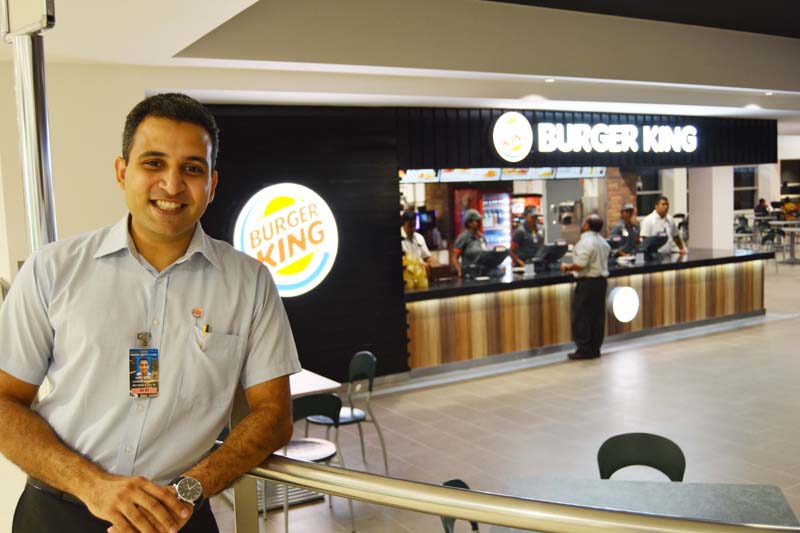 “When we embarked upon seeking expressions of interests from reputable operators, we had said to the public of Fiji that we were looking for international or local brands – we wanted brand names and Burger King is a big brand and we are just glad to have them here,” Mr Khan said.

“This BURGER KING restaurant which is ‘airside’ will be serving up our world famous burgers to travellers leaving Fiji via the new-look Departure Lounge,” Mr Narsey said.

He said the second BURGER KING restaurant also at Nadi International Airport will be in the Farewellers Hall by the end of 2016.  Departing travellers, their family and friends will be able to enjoy BURGER KING’s flame grilled menu before they part ways.

"BURGER KING is an established global brand and we are very excited to be bringing their unique menu to Fiji,” Mr Narsey said.

"A lot of our menu is cooked over a flame grill which creates a unique tasting experience.  BURGER KING is known for its consistent fast service, fresh ingredients and top notch quality which is reflected in our slogan - TASTE IS KING."

And it seems as though it is just the beginning for BURGER KING in Fiji.  "We have a very aggressive roll out schedule over the next 14-months with four stores opening before the end of 2016," Narsey said.

“And we are expecting BURGER KING to be well received by the Fijian market because after all - TASTE IS KING!”

You are now leaving www.burgerkingfiji.com